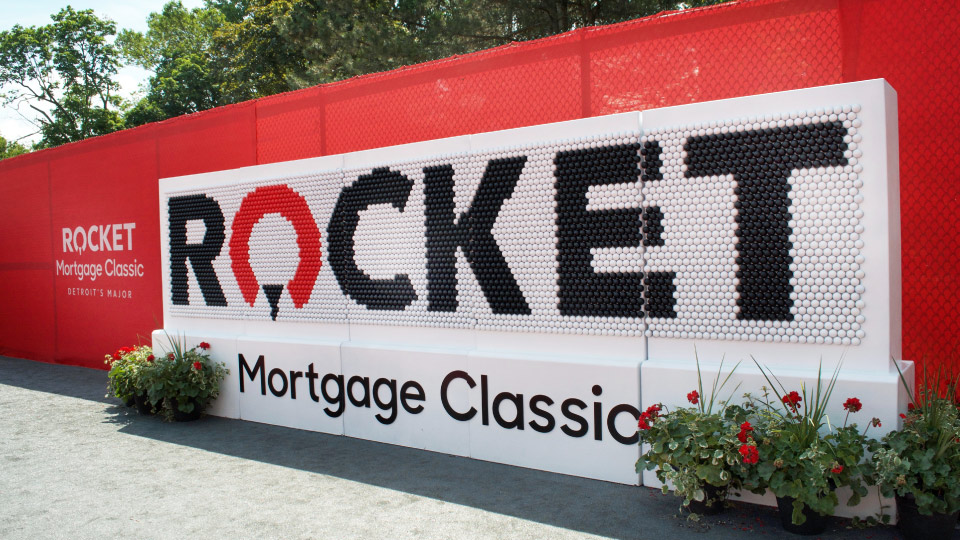 For the fourth year in a row since its debut in 2019, the Rocket Mortgage Classic returned to the beautiful Detroit Golf Club from July 26-31.

Amrock was a proud sponsor of the event this year. “With this being our ten-year anniversary of moving Amrock’s headquarters to Detroit, we’re prouder than ever to call this city home,” said Steve Nadolski, Vice President of Amrock Commercial. “It’s great to see such a high turnout at the Rocket Mortgage Classic and watch people from all over come together in the city for this premier event.”

The Rocket Mortgage Classic was headlined by world No. 4 Patrick Cantlay, 3M Open Champion Tony Finau and rising star Will Zalatoris. Tony Finau took home the win and $1,512,000 with a total score of 262, with Patrick Cantalay, Taylor Pendrith and Cameron Young following close behind.

Through Amrock’s partnership with the Rocket Mortgage Classic, money was raised for the Changing the Course and Connect 313 Fund initiatives, which make investments in technology and internet access for the residents of Detroit. Thanks to the efforts of the community, Detroit has gone from 40% of households being digitally included to 67.5%, the highest rate of growth in the country!

“I want to give a shoutout to everyone involved in making this possible,” said Nadolski. “From the teams who organized the event, to our players, and to everyone who attended, thank you for joining us!”

You Can Bet on Us: Amrock Closes Billion-Dollar Casino Deal