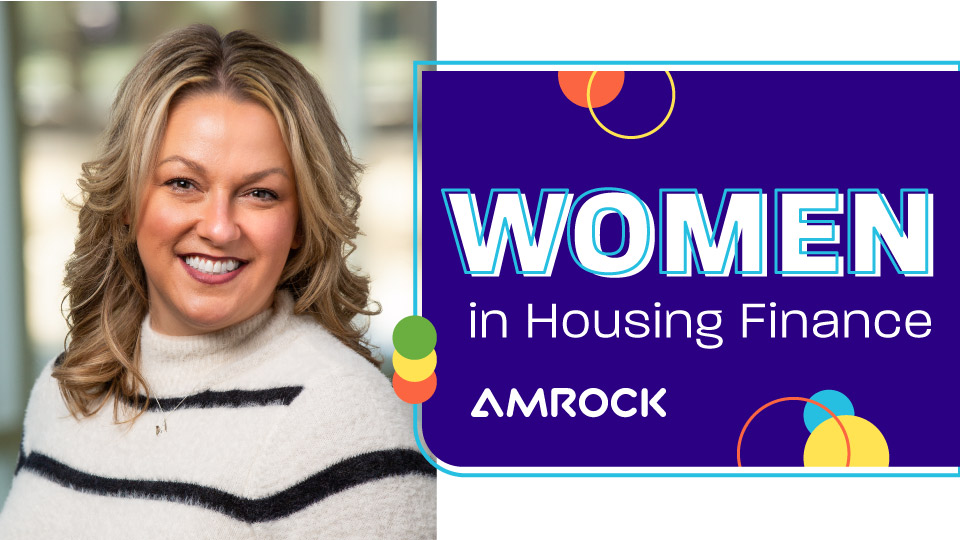 The panel gave Nicole the exciting opportunity to speak with the audience about her own personal career journey in the housing industry. Toward the end of the session, panel members answered questions from attendees.

“My goal was to provide valuable advice on how to succeed in leadership and inspire those who are making their way into our industry,” said Nicole, “but I ended up being inspired by them too! It was an amazing chance to hear from the next generation of housing leaders.”

Nicole understands and often emphasizes the importance of elevating all voices and giving individuals from underrepresented groups a seat at the table in the housing industry. In a recent interview with The Mortgage Note, she spoke to her experience as a young woman climbing the corporate ladder. Looking back, she would give her younger self the advice to doubt less and speak up more.

“Sometimes when you’re young, you feel like you need permission to speak up. I’m here to tell young women that they don’t need permission to go for it – they’ve got this,” said Nicole. “There is no such thing as failure if you don’t give up and learn from your mistakes.”

Amrock has been recognized as a top employer for women by InHerSight, which is supported by the fact that 75% of our executive team are women. The numbers are similarly high for senior leadership, team leaders and team members.

“We know what we’ve got going on here at Amrock is special, but it shouldn’t be rare. Not only are women more than capable, the numbers show that having diverse leadership can actually benefit an organization’s bottom line,” Nicole adds, referring to a recent McKinsey report that found a strong correlation between diverse executive teams and superior profitability and value creation.

Click here to learn more about how women at Amrock are paving the way for future female executives.

We Celebrated Our Much-Appreciated Partners at NNA 2022