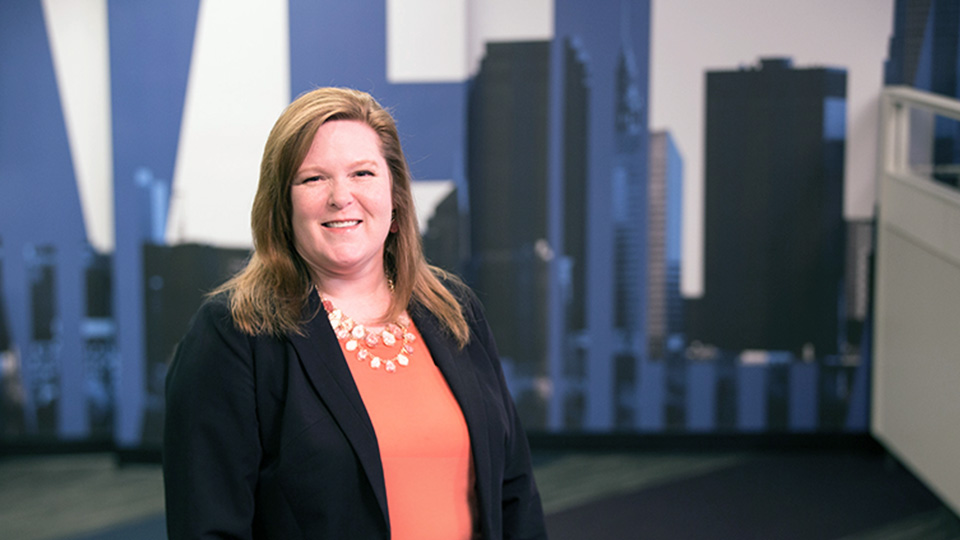 Amrock is proud to announce that Joanie Zimmer, our Commercial Vice President and National Commercial Counsel, is also the 2022 President-elect of CREW Cleveland!

CREW Cleveland is a chapter of the CREW Network, which is a commercial real estate organization that provides business networking, professional development and community outreach opportunities for women in the industry. They have chapters in multiple cities across the U.S. and abroad where local members can meet, and they regularly sponsor conventions for members and the real estate community at large.

(Visit our careers page to join an award-winning, equal-opportunity team of industry leaders.)

Joanie has been a member of CREW Cleveland for about eight years. She’s served on the Programs Committee, as Foundation Chair and as Network Liaison before being chosen as President-elect. She also has more than two decades of multidisciplinary expertise in escrow services and both commercial and residential underwriting. Joanie was elected through a rigorous nomination process that included an interview and ultimately a vote involving every member in the chapter.

“As President-elect of the CREW Cleveland chapter, I will further expand our mission to achieve gender equity and greater diversity in commercial real estate,” said Joanie Zimmer. “I’m humbled by the trust that my fellow team members have placed in me to lead them toward this goal.”

Notably, the culture at Amrock aligns well with CREW Network’s mission. Amrock has earned consistent praise for being a top-ranked place for women to work, having an equitable number of women in leadership and multiple team members that have won Housing Wire Women of Influence awards. For Amrock team members, it’s exciting yet not surprising that Joanie has earned a leadership role within both organizations.